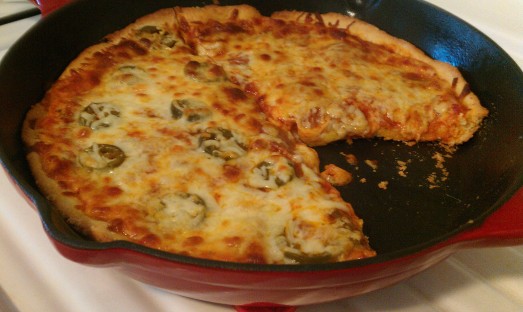 Pinterest has been added to my list of addictions. More places to get recipes and ideas? I die.

Everybody Like Sandwiches is on my list of regularly read food blogs, but I happened to run across this recipe from them on Pinterest. Since I got a new porcelain enameled cast iron skillet, braiser and grill pan for Christmas, I thought I should put one of them to use.

Start by pre-heating the oven to 500F.

Make your favorite crust. I did a variation that combined the crust that Everybody Likes Sandwiches used in their post and my easiest no-rise pizza dough. Once you have your crust ready for the pan, oil the inside of the skillet. Using oiled fingers, press crust into pan and about one inch up the side of the pan. 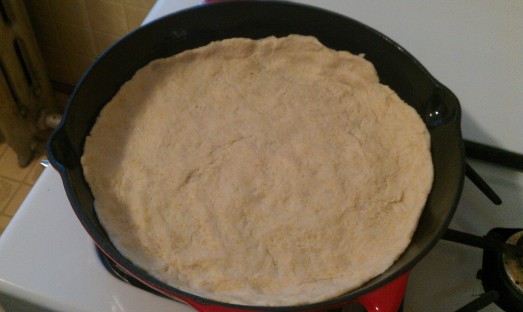 Sprinkle a thin layer of cheese on top of the crust. 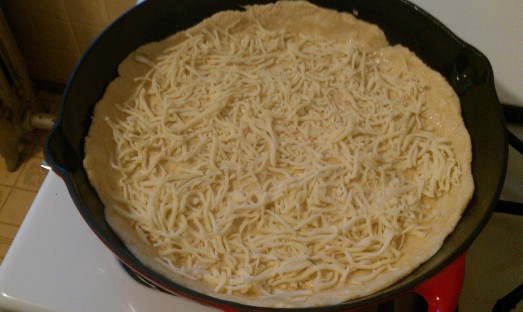 Spread a layer of pizza sauce over the cheese. 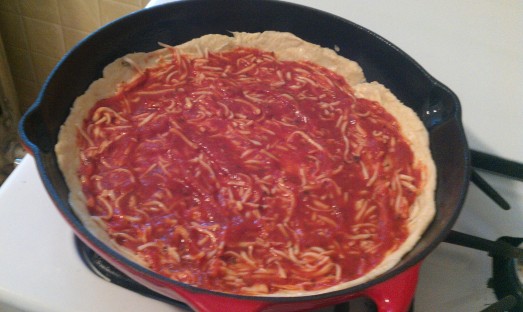 Place toppings on top of the sauce. I recommend pepperoni and jalapeno.

Place skillet in the oven. Bake at 500F for 12 minutes. Then lower oven temperature to 400F and cook for an additional 8 minutes or until crust is light brown on the edges. 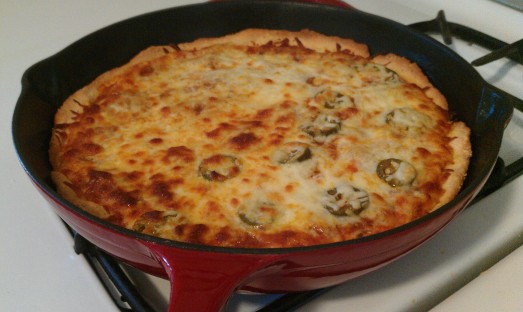 This pizza is out of this world delicious. It’s the closest thing to pizzeria made pizza I have made.

Tell me what you think Cancel reply